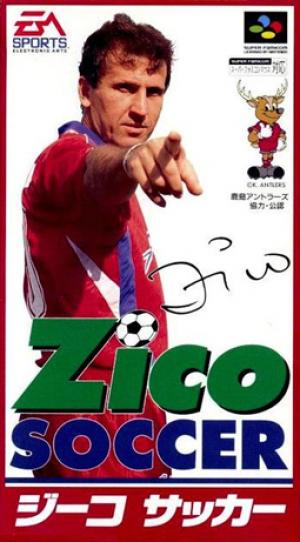 Zico Soccer (ジーコ サッカー) from Electronic Arts is a Super Famicom football management video game that allows players to become the head coach of an international football team; it was named after the modern-day soccer legend Zico (also known as the White Pelé). The game is mostly in the Japanese language although some words are in the English language.