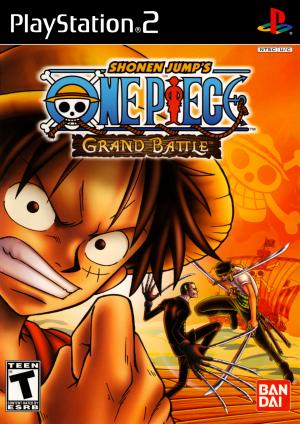 You can try to grab the greatest treasure of them all, the "one piece," in One Piece: Grand Battle. This pirate action game is based on the TV series One Piece, and it lets you play as Monkey D. Luffy and more than 16 other playable characters. There are six game modes for you to play with either one or two players. You can unlock new characters, costumes, and minigames and collect powerful items as you progress through the game and explore the interactive environments from the TV show.