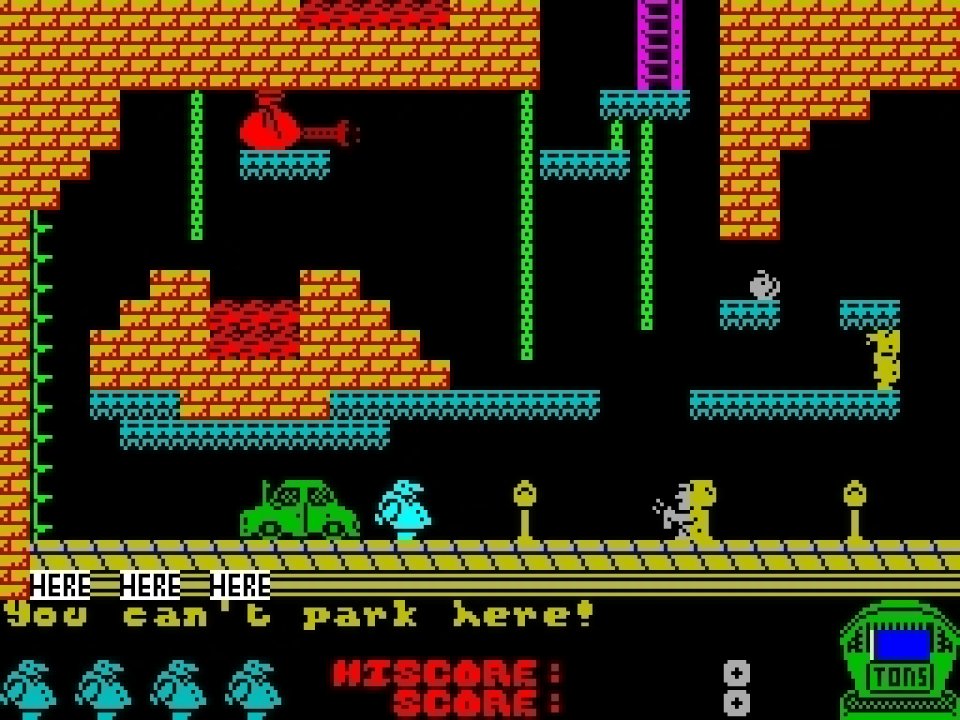 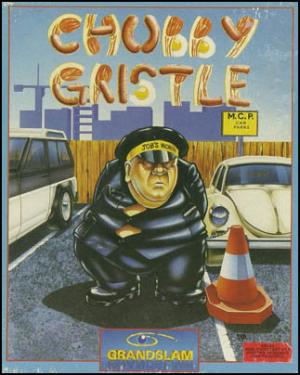 Chubby Gristle is one of the fattest car park attendants ever and as the game progresses he is likely to get even bigger. On a good day he's barking out instructions such as "You can't park here" but if you happen to be in favour he'll probably mumble "I'll have a word with t'Commissioner and try and sort something out for you". Love 'em or hate 'em, car park attendants can't be ignored! Chubby's one passion in life is FOOD and plenty of it and his aim is to eat his way through 20 screens stuffing himself silly and reaching that one ton mark. If he doesn't, then the consequences of being sent to a health farm just don't bear thinking about! Throughout the game you need to collect certain items to help you later on but be choosy as not all items will help you. If Chubby is successful in the mission through the screens and weighs in at one ton, his reward will be to go home to Mrs. Gristle for a good fry up or a steak and kidney pie followed by Spotted Dick. So it's up to you to help Chubby in his conquest to become a one ton giant. 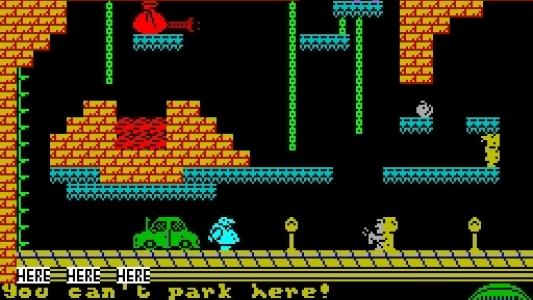