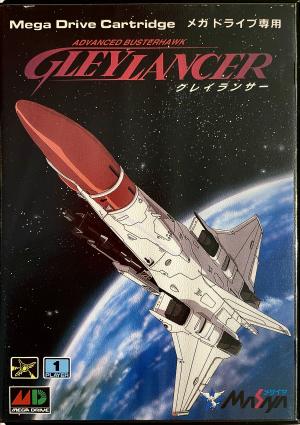 Advanced Busterhawk Gley Lancer is a scrolling shooter which has its story narrated through manga-style panel illustrations, similar to Phantasy Star IV or Gaiares. The story follows Lucia, a 16 year old star fighter pilot in the Earth Federation. A war breaks out between humans and an unknown alien race in the year 2025. Lucia's father, Ken, a high-ranking admiral in the Federation Navy, is captured after his ship is warped out of the combat zone with 4 alien modules which have the ability of teleportation. Lucia, heart-broken after hearing her father's disappearance, decides to hijack the prototype fighter CSH-01-XA "Gleylancer" with the help of her friend Teim and go after her father.