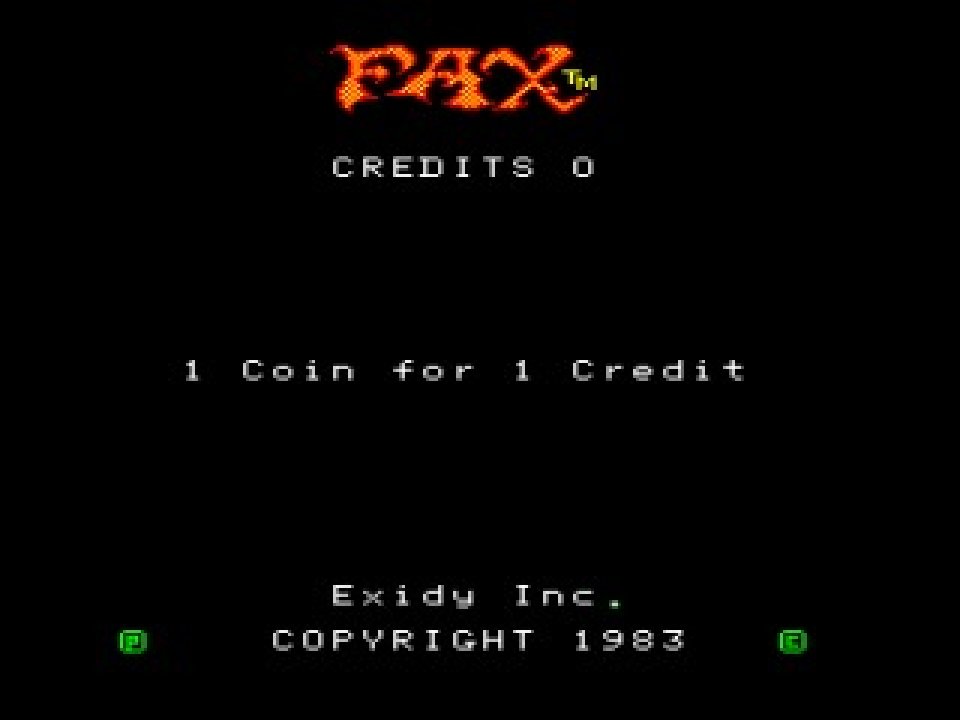 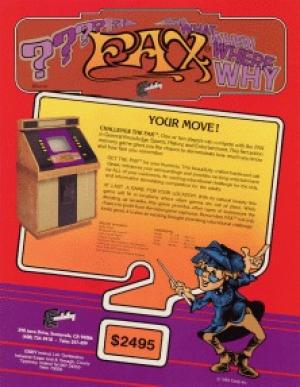 Fax is a trivia game which asks questions about a number of topics, including: General Knowledge, Sports, History and Entertainment. This was released by Exidy in 1983 and written by Vic Tolomei and Larry Hutcherson hopeful to play on the Trivial Pursuit craze as it was released over a year earlier than the registered Trivial Pursuit versions (produced by Bally/Sente). The game came in what was essentially a jukebox cabinet (complete with a woodgrain finish), which lent itself to possible markets outside of the typical arcade setting. It had a 9-inch monitor mounted in the center, logo on the bezel itself and a row of buttons on each side of the screen to accommodate two player simultaneous play. Fax used unique compression to hold nearly 3700 questions in as small of storage as possible. Exidy also sold several EPROM replacement kits that provided new questions but they are nearly impossible to find today. 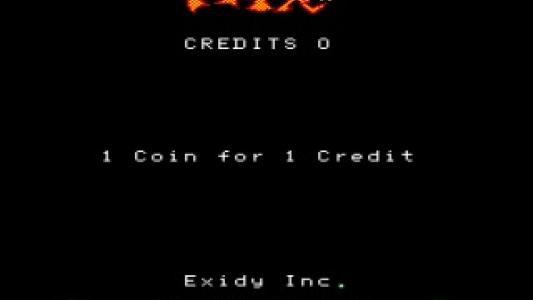