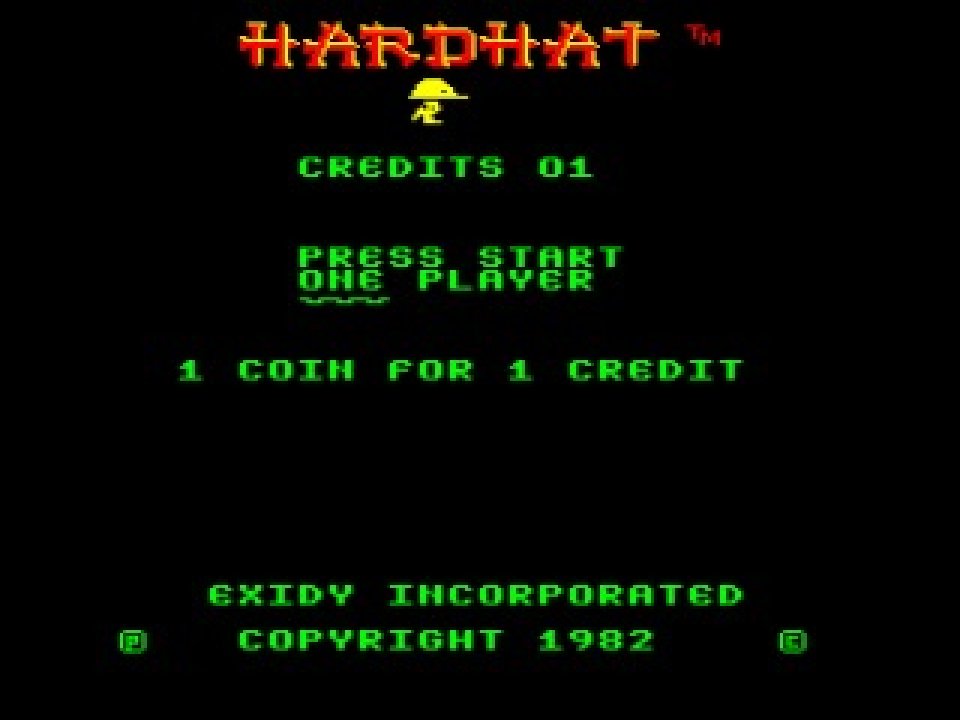 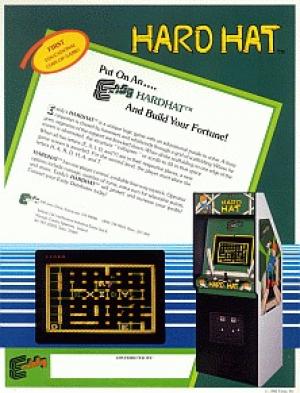 Hard Hat is a unique logic game with an educational puzzle to solve. It was designed and programmed for Exidy by Larry W. Hutcherson Sr. and released in 1982. Touted as the “First Educational Coin-Op Game”, you play a busy carpenter that is constantly being chased by hammers and whirlwinds throughout a grid of scaffolding while manipulating letters to spell “E-X-I-D-Y” or “H-A-R-D-H-A-T”. Controls consist of a simple 4-direction joystick, both players alternating use during a two player game. The hardware is identical to another Exidy game, Pepper II. 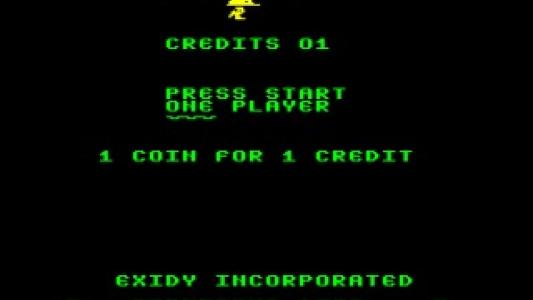