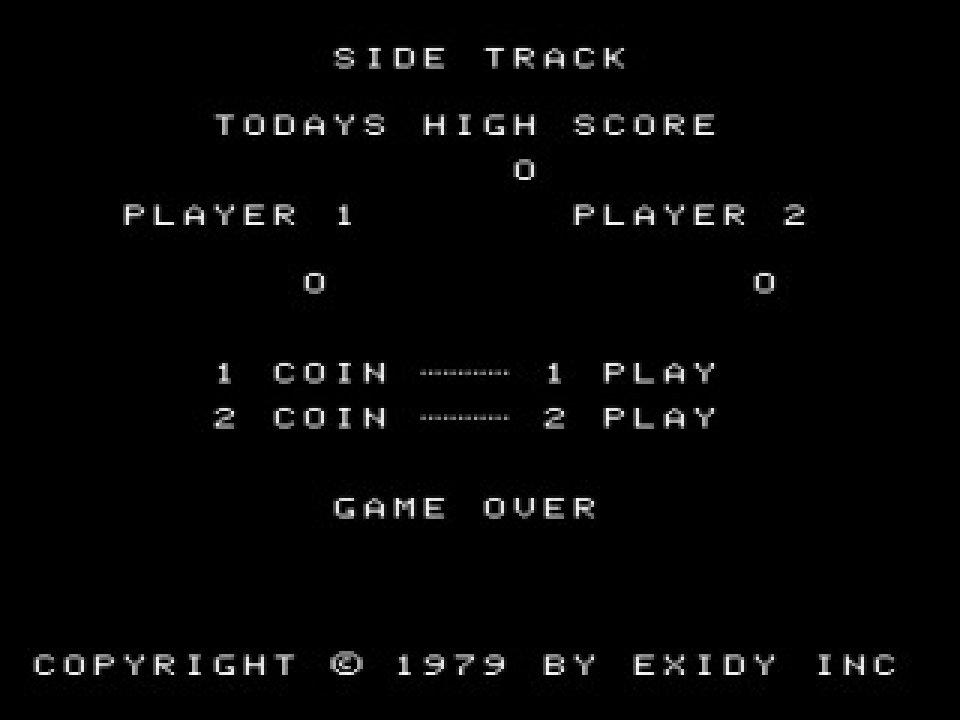 Side Trak is a black & white man-versus-machine game where the goal is to pick up all of the waiting passengers with your train while avoiding the computer-driver "killer engine" which aims to take you out in a head-on collision. You can control your train via the "fast" button which allows you to temporarily increase your speed on the tracks. You can also use the joystick to switch between several tracks at various junction points. Each time you make a complete circuit around the track and pass the start marker on the outside track, another car is added to your train. Passengers picked up from the outermost track are worth 10 points. Passengers picked up from each successive inner track are worth an additional 10 points. On top of that, passengers picked up when you have additional cars in tow add another 10 points to car. Side Trak is the first of several games that were developed on a common Exidy platform which would eventually become host to their most popular games. Early revisions of the platform — Side Trak included — had custom sound generators tailored for each game, along with a primitive tone generator that could play one of two very short preprogrammed sequences of notes. (Later games eventually included a common sound system.)