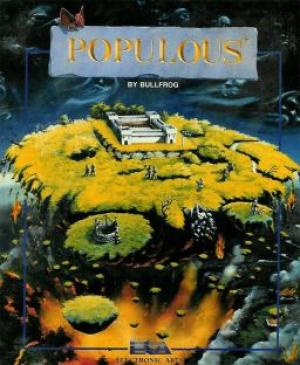 Populous is a computer game developed by Bullfrog in 1989 and is regarded by many as the first PC God game. In 1991, Populous won the Origins Award for Best Military or Strategy Computer Game of 1990 as well as 1990 Computer Game of the Year in American video game magazine Video Games & Computer Entertainment. In this game, first developed for the Amiga, Atari ST and PC, the player adopts the role of a deity and assumes the responsibility to shepherd people by direction, manipulation, and divine intervention. The player has the ability to shape the landscape and grow their civilization with the overall aim of having it conquer an enemy force, which is led by an opposing deity.