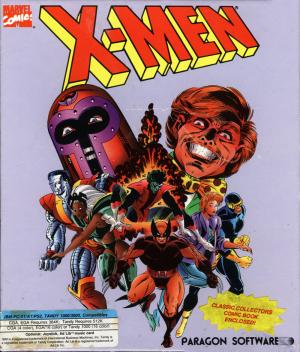 Marvel's X-Men comic-book characters feature in this mission in the Murderworld amusement arcade. The story is told in an exclusive bundled comic - Magneto and Arcade have kidnapped Professor X, and the loyal X-Men must rescue him. If the X-Men are to save the day, the player must combine action and adventuring skills. A device to stop Magneto exists, but the pieces must be found. In total there are over 500 scenes of combat and action. You can switch between the X-Men at any time, with their special abilities ranging from Wolverine's claws to the Nightcrawler's teleporting incorporated into their moves. Other X-Men regulars feature in the game, complete with their special abilities. Pressing the space bar gives access to a panel of icons at the bottom of the screen, which allow interaction with objects and use of special powers - watch out for your power and energy levels.