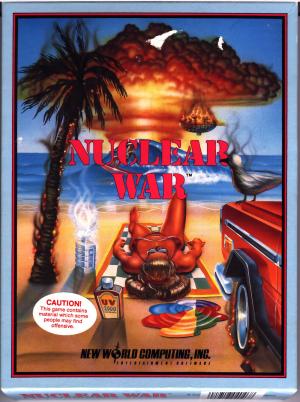 In Nuclear War you have to blow the opposition to smithereens - you have four opposing factions. You can either drop the bomb on them using a bomber, fire a missile, or try to lure their population using propaganda. Ocassionally a random event occurs, for example aliens would land on one of the factions and the population suddenly grows, or someone throws cows at the opposition, causing a major stampede and killing millions.