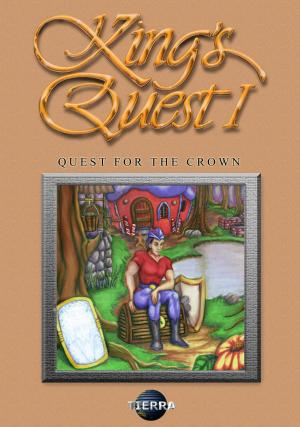 Roberta Williams' King's Quest I: Quest for the Crown

King's Quest: Quest for the Crown is a remake of King's Quest using Chris Jones' Adventure Game Studio engine. Unlike Sierra's own earlier remake of the same game, this version features VGA graphics, an icon-based point-and-click interface, voices (optional) and MP3 music (optional). In 2009 AGD Interactive released King's Quest I VGA 4.0, which can be considered a remake of their original 2001 remake. It contains the following enhancements: - Newly enhanced game backgrounds and character dialog portraits - A new "no dead-ends" gameplay mode (optional) to ensure that the game can be completed from any point - Full narrator speech and lip-syncing for all characters - Windows Vista support - Native Ogg Theora movies, which means in-game cutscenes and movies will now play in Linux and PC emulations under Macs - Full digital speech and music tracks are now included as part of the download rather than being separate downloads