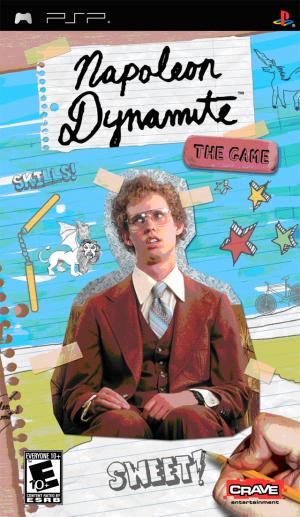 Napoleon Dynamite: The Game is a video game based on the film, Napoleon Dynamite. The game was released October 30, 2007. Step into the moon boots of Napoleon Dynamite and relive some flippin sweet movie moments like dancing to Z-Kwon, throwing the pigskin a quarter mile with Uncle Rico, smashing piatas with Pedro and many more! Napoleon Dynamite brings 30 mini games that really need you to use all your good skills to pass... even your bow-hunting skills for when you're hunting Wolverines with your uncle in Alaska! So hurry up and play already and all your wildest dreams will come true. Gosh!