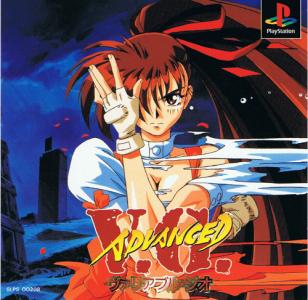 An updated version of the original Variable Geo game for the NEC PC9800 which adds three new playable characters, a storyline which features Yuka as the main character (who has a clone), and includes a pair of "True" bosses, the genetically engineered "Hybrid" warriors K-1 and K-2. This game was originally released for the NEC Turbo-CD later updated for Sega Saturn and Sony PlayStation with updated graphics and sound. The only major difference between the Saturn and PlayStation versions is that the Saturn version retains the "Graphic Mode" setting which allows the viewing of the hentai scenes, not available in the PlayStation version.