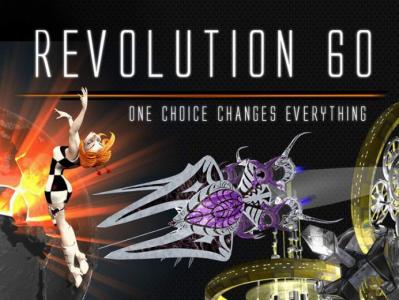 Revolution 60 is a breakthrough game for iOS, using the strength of the touch interface to tell an intense, movie-length story. It features gorgeous animations using the Unreal Engine and has gameplay that is accessible to the casual iOS user. It is fully voice acted, and lovingly animated with a cast of complex, strong female characters. The press has called Revolution 60, "Heavy Rain meets Mass Effect." Players will control Holiday, a trained assassin using intuitive gestures with the touchscreen. Your mission is to regain control of the orbital weapons platform N313. Make your choices and accept the consequences. Revolution 60 also has an intuitive yet deep combat system, designed for the touch screen. Players will battle on a grid, and strike when the moment is right with cinematic moves. Players of all skill levels can enjoy the combat of R60.