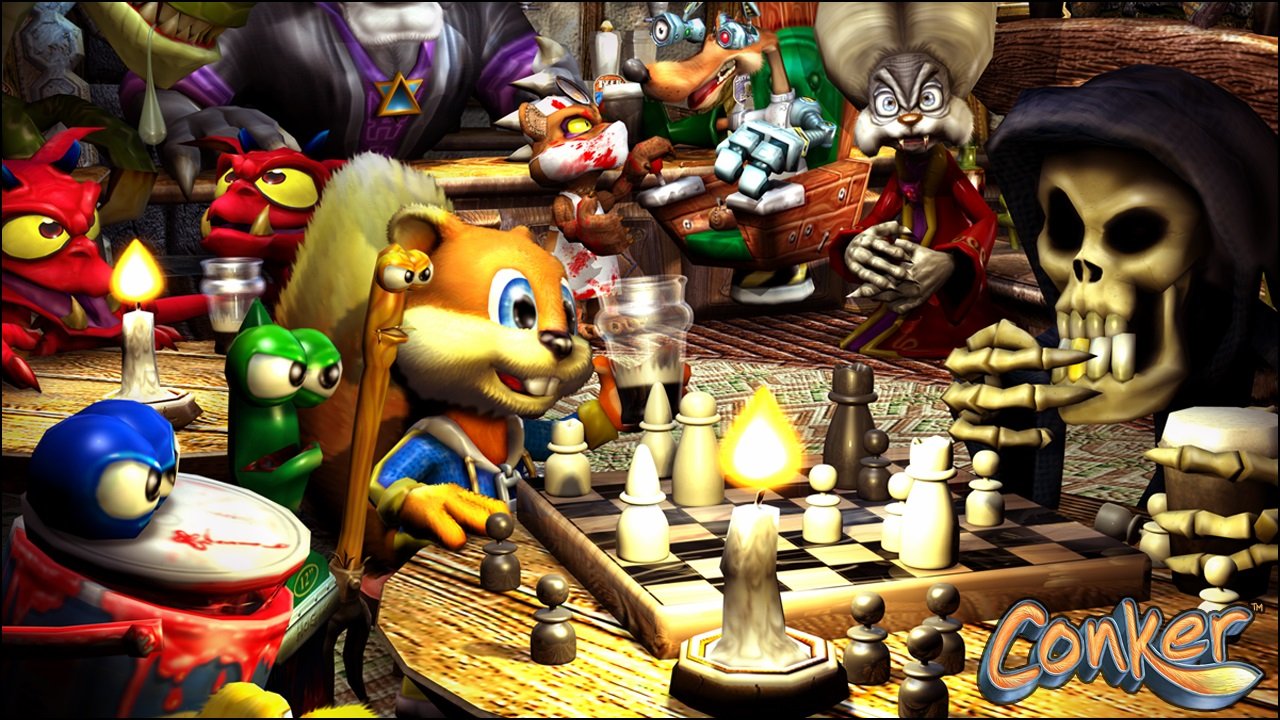 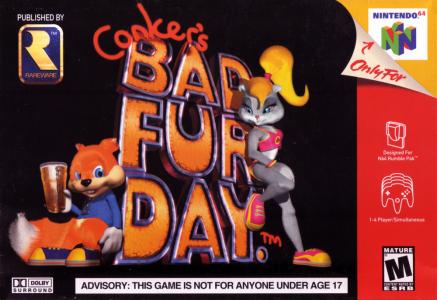 The guys at Rare have been very, very naughty. The day after his 21st birthday bash, Conker's sporting the worst hangover ever, and he just can't seem to find his way home. Prepare to stagger through randy, raunchy, raucous scenarios crammed full of bad manners, twisted humor, and graphic bodily functions. Unless you're a fan of violence, foul language, and racy innuendo, you'd best steer clear of this one. * Warped characters... Meet slow-witted farm implements, a well-endowed sunflower, and a mysterious beast known only as the Great Mighty Poo. * Bizarre Behaviors... Transform into a vampire's guano-dropping lackey, battle a caveman whose bone is worse than his bite, and storm the beach in an amphibious assault on an army of sinister stuffed bears. * Frenetic multiplayer modes... Team up with friends or go it alone in seven different multiplayer games or five different free-for-all arenas. 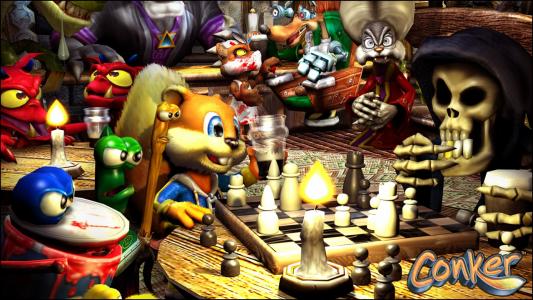 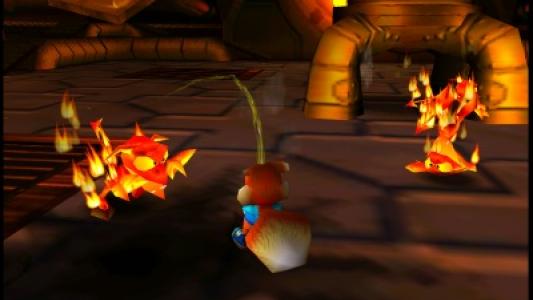