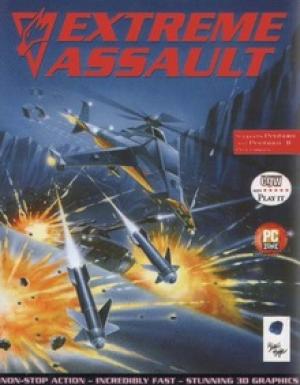 Set in a futuristic theater of war, Extreme Assault guides the player through six totally different operation zones, each sub-divided into multiple missions requiring the completion of a variety of exciting tasks. Objectives range from destroying all the enemy units in a given area, to rescuing hostages, defending towns, pulverizing hidden bases, and even engaging alien forces! At times you'll also find yourself in restricted quarters and have to transfer from your lethal Sioux AH-23 attack helicopter to the awesome T-1 battle tank. Each vehicle is heavily armed with a vast array of weapons ranging from Laser Guns and Guided Missiles, to enormously powerful Smart Bombs and Thunderbolts. And I haven't even mentioned the graphics!