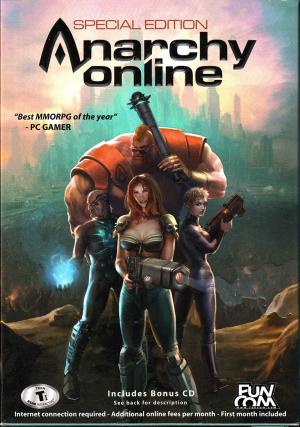 Anarchy Online is a massively multiplayer online role-playing game (MMORPG) published and developed by Norwegian video game development company Funcom. Released in the summer of 2001, the game was the first in the genre to include a science-fiction setting, dynamic quests, instancing, free trials, and in-game advertising. The game's ongoing storyline revolves around the fictional desert planet "Rubi-Ka", the source of a valuable mineral known as "Notum". Players assume the role of a new colonist to Rubi-Ka. With no specific objective to win Anarchy Online, the player advances the game through the improvement of a character's skills over time. After twelve years, Anarchy Online has become one of the oldest surviving games in the genre.