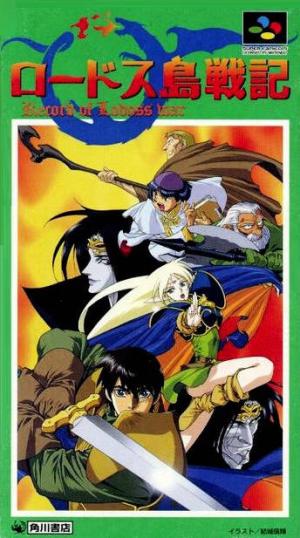 Lodoss Tou Senki is a 1995 SRPG in the long-running novel and video game franchise Record of Lodoss War, a novel series that began as a "replay" series of accounts of adventures the author and his friends had in the world of Forcelia as part of a long-term D&D game. The actions and events of the group were later adapted into written fiction, and would also see manga, anime and video game adaptations such as this one. This game is a prequel to the popular anime series, which draw heavily from the look and feel of Dungeons & Dragons. Choose from one of four adventures to play through in this strategy RPG!