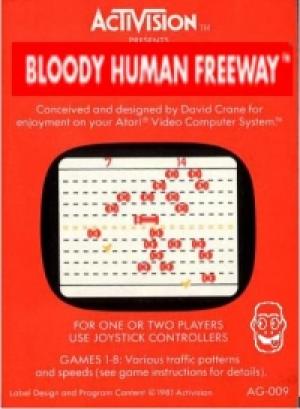 Prototype for Freeway. According to David Crane, he got the idea for Freeway from watching a man trying to cross Lake Shore Drive during rush-hour traffic while attending Chicago's Consumer Electronic Show. Freeway originally featured people crossing the road instead of chickens since that was the scenario that inspired David Crane. However some people at Activision complained that they didn't like the idea of people being struck by cars, so chickens were substituted for people before the game was released.