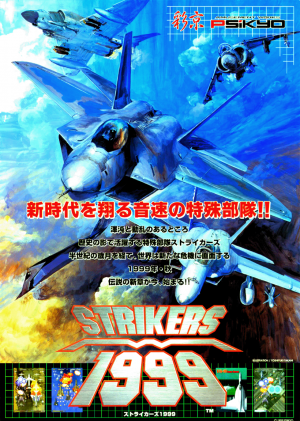 Year 1999, fall. The countless super minimum machine group 'nano-machine', which came flying, invaded the principal weapon and military terminals of each country from outer space and began multiplication. This weapon group which is automated with the 'nano-machines' repeated attack with non discrimination and the metropoles of each country were in a devastating state. A fear of the extensive nuclear warfare with the strategy nuclear missile error morphism hit the world!!! Barely the unit of each country which prevents the invasion of the 'nano- machine' is summoned because of the unmanned weapon eradication maneuvers. So, fighting with the weapons of the entire world was not enough. The Strikers start the attack on the enemy center! By the way of the time of half a century, new legend of special force STRIKERS now starts!