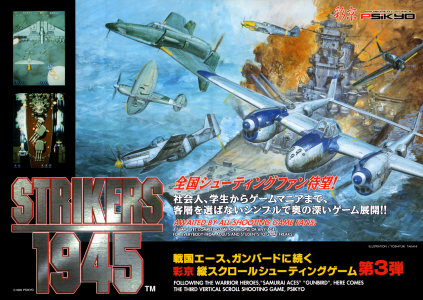 In 1945, the second world war ended. Soon, there was peace, but an organization of high-ranking military officers from all over the world form a global army known as CANY. Their mission was to conquer the world. CANY activity was found in areas like the Soviet Union, America, Japan, and even Germany. It is revealed that CANY had weapons never seen before from rockets to mechanical walkers. The world quickly formed a group of pilots and planes called the Strikers whose mission is to rid of CANY from the world.