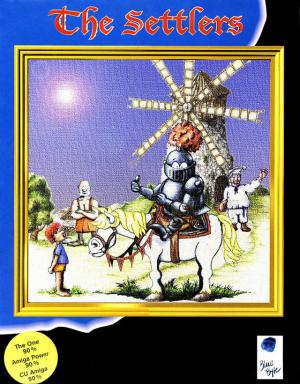 The Settlers (also known as Serf City: Life is Feudal, original German title Die Siedler) is a slow-paced strategy video game by Blue Byte Software, released in 1993 for Commodore Amiga and in 1994 for the PC. The player is tasked with building a medieval settlement populated by an army of workers, each of whom perform their own individual task. The player competes against computer controlled opponents or another human player for supremacy of the land and resources.