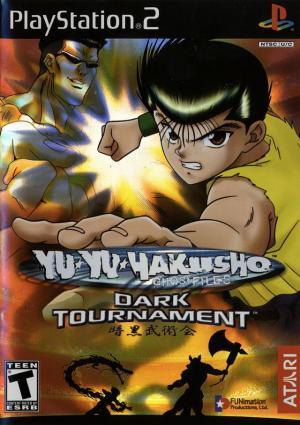 Yu Yu Hakusho: Dark Tournament brings the action of the animated series' Dark Tournament Saga to the interactive realm through a fast-paced fighting game. The game features several different ways to play, including a story mode based on exciting moments in the Dark Tournament Saga. In arcade and survival mode, you can fight your way through a series of increasingly difficult AI-controlled opponents. A card game mode lets you use cards earned in battle to face off in an all-new strategy game.