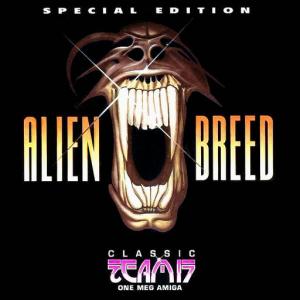 An interrim between Alien Breed and its sequel. Gameplay is the same as its predecessor - each level is a maze to be navigated through, while fighting off hordes of aliens. The Special Edition 92 includes 12 new levels and a bunch of new features: "dark missions" in which only the glowing blue eyes of the aliens are visible, and the ability to jump to a level by means of a code.