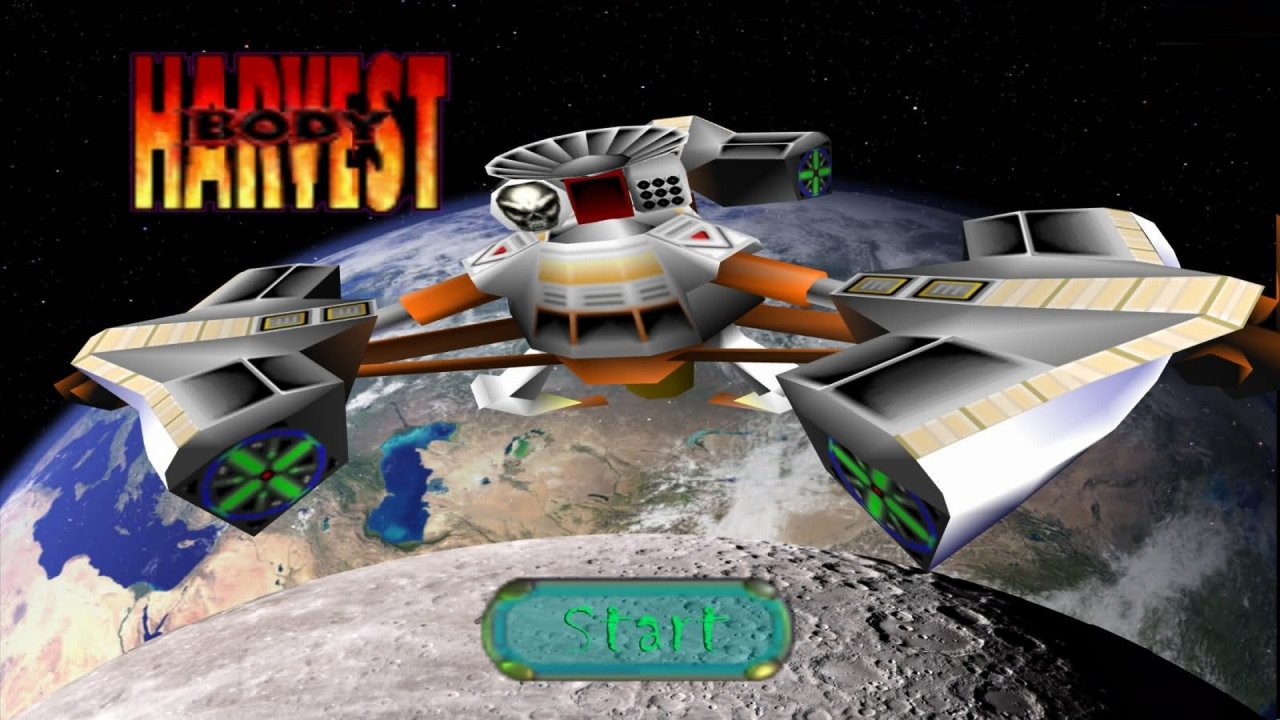 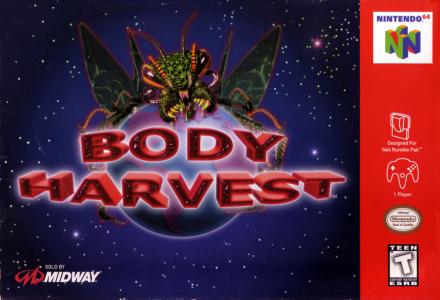 The year is 2016. Humanity has been reduced to a few survivors inhabiting the orbital space station Omega. Over the course of the history, aliens visited the Earth every twenty-five years, "harvesting" humans as an organic material. Eventually, they launch an assault on the last remnants of the human race. But Adam Drake, a genetically engineered soldier, comes into possession of a time-traveling device. He uses it to travel to the time periods of human history when aliens performed their deadly attacks. The fate of humanity is in his hands. Body Harvest is an action and driving game with a mission-based structure. The protagonist travels to various locations and eras (e.g. Greece during World War II, Siberia in the 1990s, etc.) with the goal of stopping alien invasions. Missions can be accessed by traveling to specified areas on the map. Adam can move on foot and use his weapons to kill aliens; however, vehicles usually prove to be a more reliable way of tackling most missions. Adam can use most of his weapons while in a vehicle; in addition, some vehicles are outfitted with their own weapons. 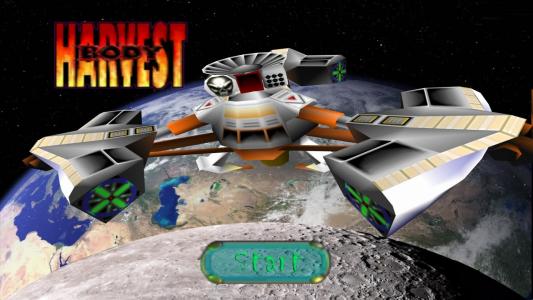 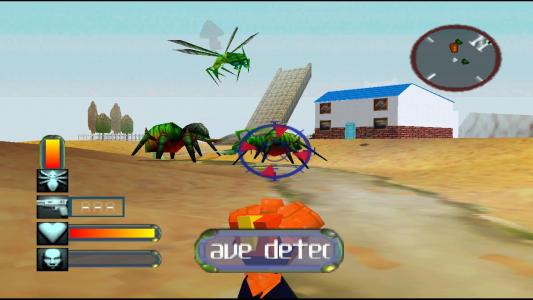