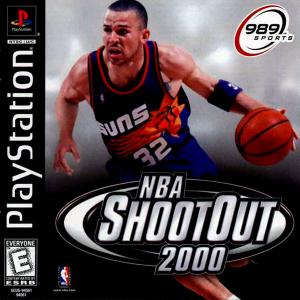 NBA ShootOut 2000 will be the basketball game by which all past and future basketball games will be compared to because of its? incredible graphics, undaunted realism and amazingly realistic gameplay. No other game recreates the NBA like NBA ShootOut 2000. All new player graphics recreate each and every NBA player in amazing detail. Every position has been motion captured. Seven NBA players performed 300 new moves and 42 signature dunks. New Touch Shooting? let?s you control the accuracy of your shot. Incredible TV style action cameras put you in the middle of the action like never before. State of the art artificial intelligence translates into every NBA team playing exactly like their real life counterparts. If that?s not enough, you can also design your own dunk using the revolutionary Create Dunk feature.