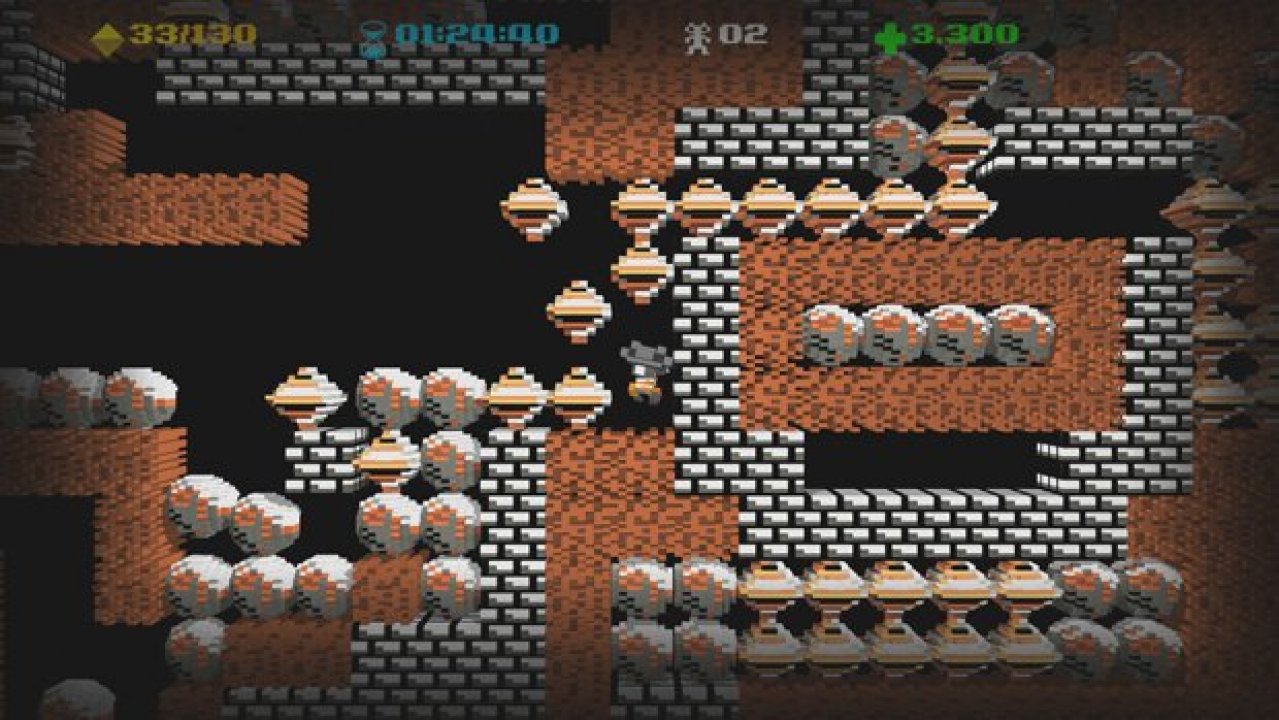 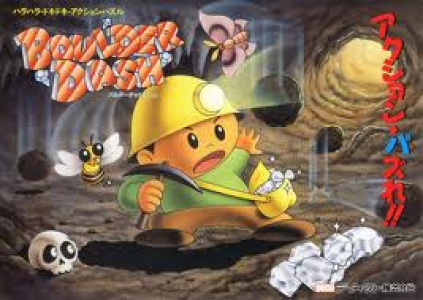 Boulder Dash, originally released in 1984 for Atari 8-bit computers, is a series of computer games released for the Apple II, MSX, ZX Spectrum, Commodore 64, and ColecoVision home computers, and later ported to the NES, BBC Micro and Acorn Electron, PC, Amstrad CPC, Amiga, Intellivision and many other platforms. It was created by Peter Liepa and Chris Gray, and on October 28, 1983, acquired and later published by First Star Software, which still owns the rights to the game. Boulder Dash inherits numerous gameplay features from the earlier 1982 arcade game The Pit, by Japanese developer Taito. The game's protagonist is called "Rockford". He must dig through caves collecting gems and diamonds and reach the exit within a time limit, while avoiding various types of dangerous creatures as well as obstacles like falling rocks and the constant danger of being crushed or trapped by an avalanche, or killed by an underground explosion. The Commodore 64 version of the first game was also re-released on the Virtual Console in Europe on September 19, 2008, and in North America on June 1, 2009, but was removed from the service in 2013. On January 21, 2014, FirstStar Software and TapStar Interactive announced Boulder Dash - 30th Anniversary Edition, a freemium mobile title developed by SoMa Play Inc. for Android and iOS. 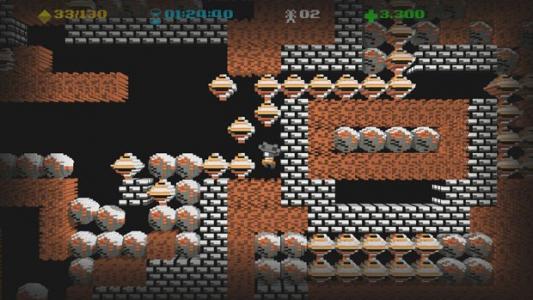