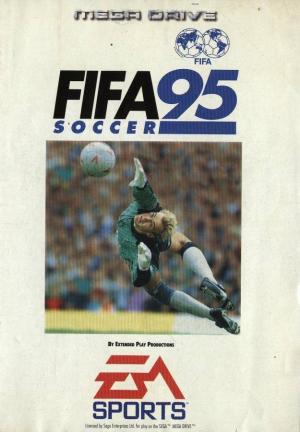 FIFA Soccer 95 is a 1994 sports video game developed by EA Canada's Extended Play Productions team and published by Electronic Arts. Based on the sport of association football, the game tasks the player with controlling a football team. The game was released for the Sega Genesis/Mega Drive console in November 1994.[2] It is a sequel to FIFA International Soccer and the second game in the FIFA series.