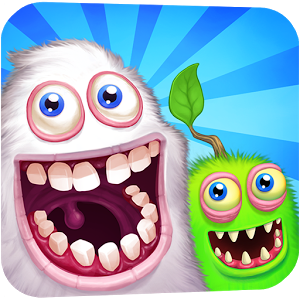 My Singing Monsters is a video game franchise created by Canadian computer game developer Big Blue Bubble. The first game of the series was released in September 2012 for Apple iOS.[1] Ports of the game for other touchscreen smartphone operating systems were later released, including versions for Android, Amazon Kindle Fire tablet, and Barnes & Noble Nook. The success of the title prompted Big Blue Bubble to create various spin-off apps including My Mammott and My PomPom featuring popular characters from the My Singing Monsters mythos. In September 2015, the company released the second official game of the series, My Singing Monsters: Dawn of Fire on iOS and Android.[2]