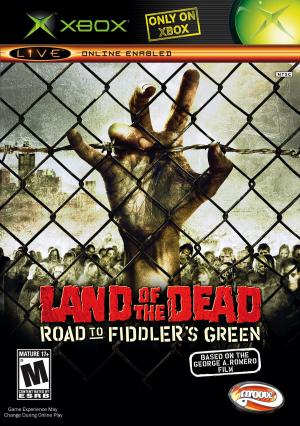 Land of the Dead: Road to Fiddler's Green

Based on the feature film from George A. Romero, this new chapter in the Living Dead series is a full-featured, first-person shooter video game sets players in the midst of a gruesome adventure in which they battle to save themselves – and a diminishing living population - from an army of the dead bent on spreading a zombie plague. Developed by Brainbox Games, a Digital Extremes Studio, and using the Unreal Engine, the game features terrifying zombies, frightening effects, an immersive storyline and key environments seen in the film. Gamers can also join intense, bone-chilling multiplayer battles against the dead on Xbox Live.