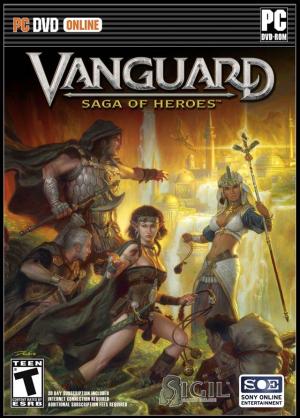 A massively multiplayer online RPG powered by a heavily modified Unreal engine and produced by former team members of the Everquest franchise. Facing the challenges of a war-torn world, the diverse people here struggle to rebuild their once great civilizations. A fragile alliance has been struck, with the lands set upon by invading forces, the races must band together to survive. In the north, the sprawling green hills of Thestra are plagued by an unstoppable undead menace. To the south, the deserts of Qalia have been besieged by an elemental threat spawned from the depths of the earth and to the east; inhabitants of the tumultuous jungles of Kojan fiercely battle encroaching otherworldly fiends.