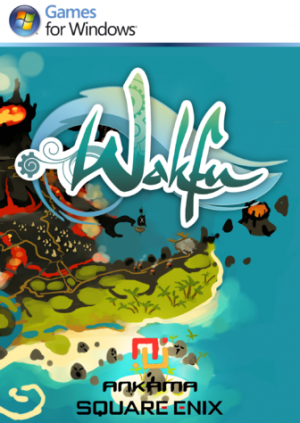 Wakfu features a turn-based combat system similar to Dofus, it also contains elements inspired by tactical RPG. Players walk around with the screen scrolling while they move, as opposed to Dofus where the camera is static and characters move to a new area by walking to the edge of the current screen. Some parts of the game are player-managed: Governmental affairs such as organising militias or elections for positions like governor are performed by players themselves. Another similar addition is environmental management by players. Players can maintain resource levels by planting seeds as they harvest crops and hunt wildlife or simply take what they want, decreasing availability for other players, If players manage to maintain this they will earn various Nation bonuses. Since 2014 a new feature came to the World of twelve, The Riktus Clan. The Riktus Clan nation was meant to be a criminal Nation, getting Nation bonuses by destroying the ecosystems of other nations. There are 18 classes, each one featuring 25 abilities (and 3 abilities which can be obtained by doing a quest). Each class has three types of elemental spells (out of four possible elements) with 5 spells per type, one category of 5 special actions specific to the class, and one category of 5 abilities that passively improve the character's other capabilities, since a short period, new elements were released but only for specific classes, such as Stasis or the Light element. Contrary to typical RPGs which present characters with new, more powerful abilities throughout the course of the game, Wakfu grants characters all their spells by the early stages and thereafter allows players to strengthen them. Wakfu features the same classes as Dofus, although many have different appearances or roles. As in Dofus, Wakfu features professions which characters may learn. Harvesting professions let characters "collect resources or basic materials from the fauna and flora". Crafting professions "allow you to transform these basic ingredients into ... equipment, accessories or even potions." The most famous monsters from Dofus, such as Tofus, Moskitos and Gobballs are present in Wakfu, although they have been redesigned with the addition of subclasses. The graphic designers at Ankama Games have also developed new creatures, like Phorreurs and Grave-diggers; Smares (monsters that look like a samara (fruit)) have been included.