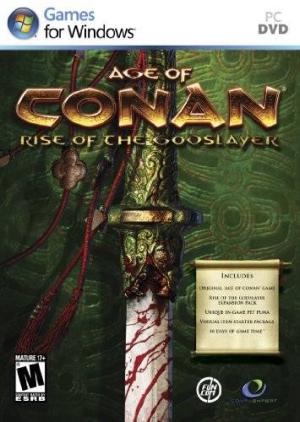 Age of Conan: Rise of the Godslayer

The first expansion pack to the hit MMO Age of Conan, Rise of the Godslayer tells the story of an Empire slowly spiraling into chaos, as a consequence of the actions of a young Conan many years ago. After killing the Elephant God in the famous Robert E. Howard story 'The Tower of the Elephant,' strange and horrible things have been happening to the Empire of Khitai. As a player you must explore the dark roads of the Empire and walk the path of the Godslayer as you unravel a mature and deep storyline full of brutal conflict and political intrigue.