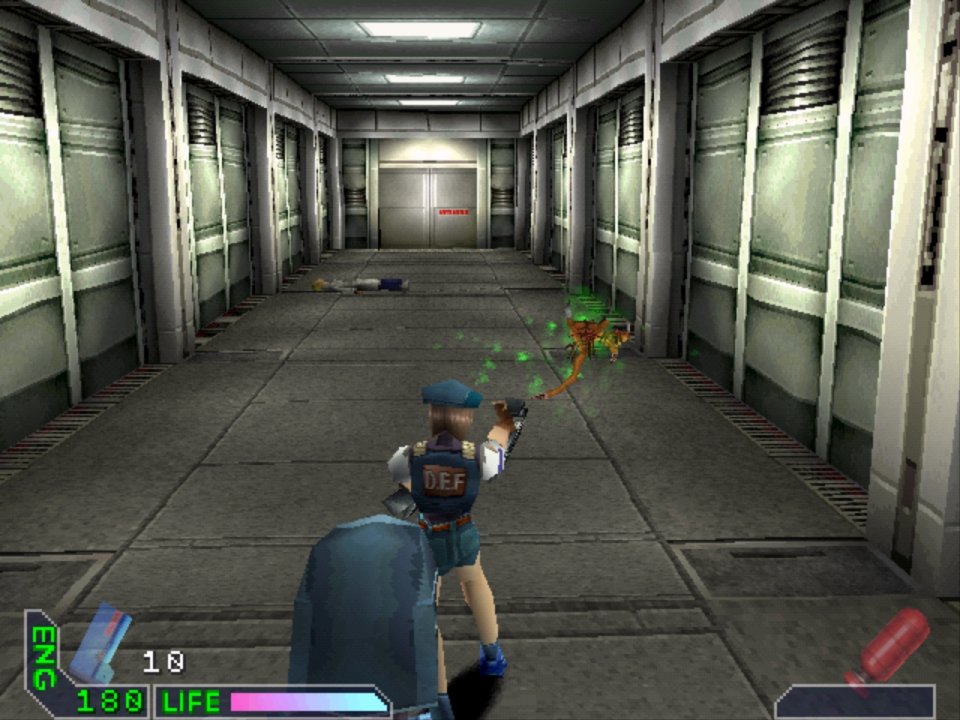 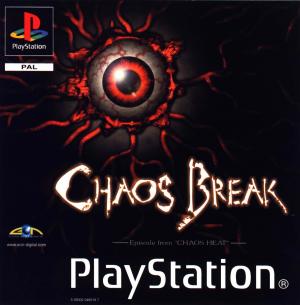 The human race begins its battle with mysterious alien cells that fuse with molecular structures of all kinds. Chaos Break's story begins when the evil Fluxus Inc... bio-engineers 'monsters' from living cells found in a meteorite, which spontaneously propagate on an island facility in Chilean territory. This propagation must obviously be stopped by the forces of good. A woman with a beret named 'Mitsuki', and her red-headed male friend named Rick, must kill zombies. When Mitsuki and friends helicopter down to the island over an ugly backdrop of the least convincingly animated water I have ever seen, they are attacked by mutants, and then they have to run around finding keys and passwords to open doors, treading on the odd squirming yellow monster and wiping that fresh alien crud from their boots. And In their search for the answers, they will become embroiled in the bloodcurdling retrospective drama archived in the final emails left in the computer system by the researchers who worked in the facility before they ended up as zombie brunch. 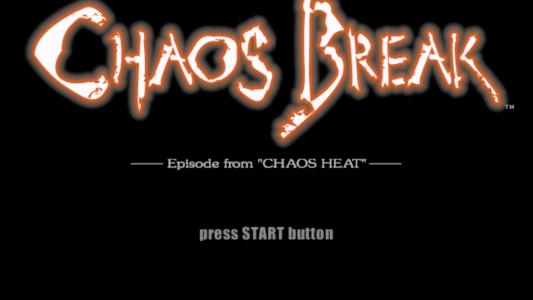 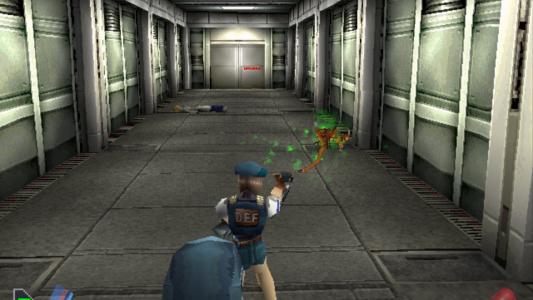