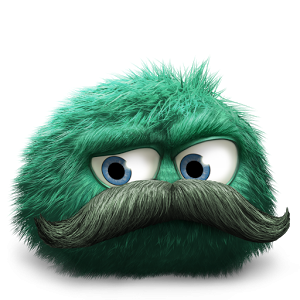 Leo's Fortune is a popular and highly rated Swedish video game for iOS, Android, Windows Phone and the Amazon App Store developed by 1337 & Senri LLC. The titular character is a mustachioed "fluff ball" roly-poly with a thick Eastern European accent. His goal is to recover stolen treasure in the form of gold coins.[1] The player guides Leopold through 2.5 dimensional platform levels. There are currently 24 (+ bonus levels), divided into 5 chapters.[2][3] The game was released mobile devices on April 23, 2014.[3][4] Microsoft Windows, OS X, and PlayStation 4 versions were released on September 8, 2015.