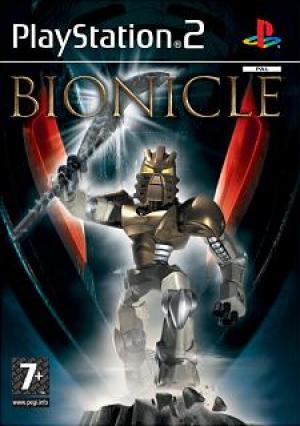 Bionicle: The Game (also known as Lego Bionicle and titled on the cover as simply Bionicle) is an action-adventure video game released in 2003. The game is based on parts of the movie Bionicle: Mask of Light and other parts of the Bionicle storyline. Initially, the game was supposed to make each Toa, Toa Nuva, and the Toa of Light playable, but due to deadlines, much of the game was dropped. However, all of the characters are playable in the Game Boy Advance version. The Mac OS X version of the game was released by Feral Interactive.