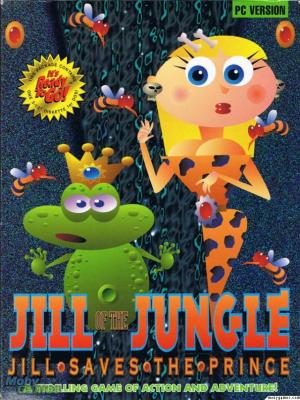 Jill of the Jungle: Jill Saves the Prince

Jill of the Jungle is a platform sidescroller which was released during the same period as Commander Keen and Duke Nukem. Players play as an Amazon woman who can use various types of weapons and enhancements as she progresses through levels slaying monsters and finding keys. The first episode in the trilogy (Jill of the Jungle) contains 15 playable levels, including a bonus level, each of which can be entered from an overworld resembling another level. The second episode (Jill of the Jungle: Jill Goes Underground) )uses 20 sequential levels without an overworld. This third episode's overworld is a top-down perspective, changing to the traditional platformer style when entering one of the 15 levels. (Wikipedia)