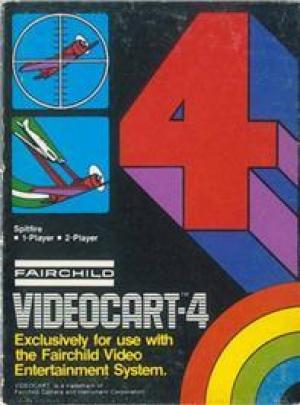 Videocart-4: Spitfire is a 1 on 1 aerial dogfighting Shooter game released by Fairchild Semiconductor for the Fairchild Channel F in 1977. In addition to a 2 player mode the game allowed for 1 player to combat the CPU, which for the time was unique for a home console thanks to the Channel F being the first home console with a CPU.