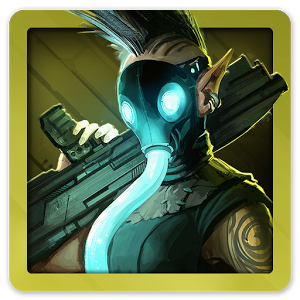 Shadowrun Returns is a science fantasy turn based tactical role-playing game developed and published by Harebrained Schemes. It takes place in the setting of the Shadowrun tabletop role-playing game. The game was successfully crowd funded through Kickstarter, and was released for Microsoft Windows, OS X, Linux, iOS, and Android in 2013. A stand-alone expansion pack titled, Shadowrun: Dragonfall, was released in 2014. It was later converted to a standalone release and as Shadowrun: Dragonfall - Director's Cut. In 2015, Harebrained Schemes launched another Kickstarter campaign to partially fund their next game, Shadowrun: Hong Kong.[4] Similar to the Dragonfall - Director's Cut edition, Hong Kong was released in 2015 as a standalone release built using an upgraded version of the Shadowrun Returns engine.