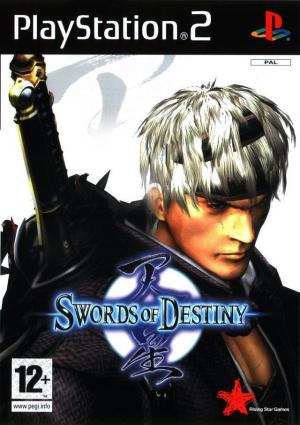 An action-packed sword combat game from Marvelous, with hyper-active, high-flying battling focusing on air combat action (including "Sword Time" for intense juggling airborne combos.) Music theme by Kaori Natori. Released under the full title Tensei: Swords of Destiny in early 2005 in Japan, this sword-based action game is set in China and focuses on airborne attacks which are referred to as "Sword Time." Playing as main character Raiun, you find yourself equipped with a legendary sword, the Tensei Ken. Each of the game's stages has multiple missions which are freely selectable by the player.