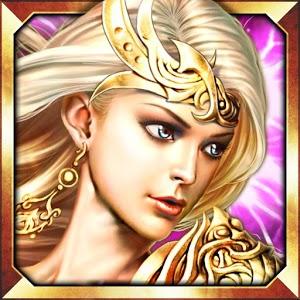 Description * This game will run on Android 2.2 and higher, but some display issues may arise on devices running other OS versions. ---------------------------------------- Over 7,000,000 Downloads Worldwide! The Definitive Dark Fantasy Game for the Mobile Platform! Battle Solo or Alongside Your Clan Allies! Infinite Number of Ways to Enjoy! ---------------------------------------- [Game Introduction] Dark Summoner is set in a multidimensional world known as "Triaterra", where a war between rival factions has plunged everything into chaos... In the role of a Summoner, you must call forth Monsters and creatures from distant dimensions to join your army and fight for you in Missions and Events. Battle other players in the Arena and make friends in Clans, where you cooperate with your Clan comrades to fight your way to the No. 1 spot and the glory that comes with supremacy! [Gorgeous Monster Illustrations!] Dark Summoner boasts Monster illustrations of outstanding quality by many famous Japanese and international artists! More than 4,000 Monsters available! Realistic, alluring, grotesque... A myriad of awesome Monsters to acquire! [Command Great "Sentinels" in the Clan League!] Battle alongside your Clan mates against enemy Clans in the Clan League! Combine your Monsters with those of your Clan comrades to create giant "Sentinels". Utilize various Abilities you learn as you skill up and knock out your opponents' Sentinel! Dominate the frequently held "Ranked Brawls" to acquire both handsome reward and glorious honor! [Strategic Battles] Bolster your army with the Monsters of your choice and lead them into Battle! Combos, Skills, and equippable Items known as "Relica" are just some of the keys to victory! Find your own strategy and out-play your opponents! [Frequently Held Events] Battle, Raid, Foraging, and many more exciting Events held frequently! Join Events for a chance to win exclusive Monsters and lots of Monster enhancement Items! *********************************************************** * The game's initial load time may take a few minutes in areas with a weak network connection. In such cases, please wait for the load to complete and do not close the application. * A Wi-Fi connection is recommended for the optimal Dark Summoner experience. * The game may not run smoothly in certain conditions. This can sometimes be improved by restarting the application or rebooting your device.