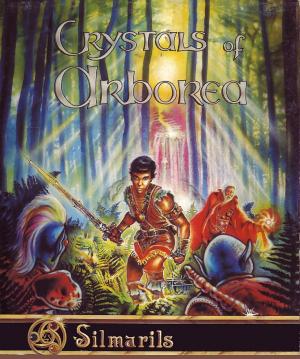 The game is set upon the island kingdom of Arborea, the remnant of a world all but destroyed. According to the in-game mythology, Mogroth, the deity of chaos, became furious following his banishment from the pantheon of gods. In his rage, he instilled chaos in the minds of the populace and encouraged them to rebel. Orcs and Black Elves were amongst those who converted and chose to follow Mogroth. Unwilling to allow their creations to be subjugated, the remaining deities flooded the world and drowned all but those few who now dwell on Arborea. The four elemental crystals, of earth, fire, water and air respectively, are all that now guard against the ultimate subjugation of the kingdom by the forces of chaos.