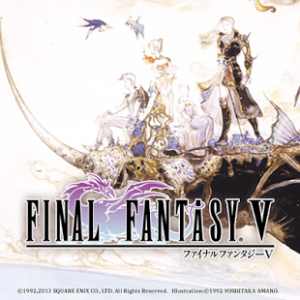 FINAL FANTASY V first debuted in 1992 as the fifth installment in the iconic FINAL FANTASY series. This wildly popular iteration was the first in the series to sell over two million copies. A groundbreaking RPG of its day, FINAL FANTASY V allows players to customize their characters with an unprecedented degree of freedom thanks to a customizable job and ability system inspired by the job change system first seen in FINAL FANTASY III. Players take control of young traveler Bartz, Princess Lenna of Tycoon, mysterious amnesiac Galuf, and pirate captain Faris in a journey that will take them all across multiple worlds as they work to save the legendary crystals and unravel the plot of an evil entity bent on submitting the very fabric of time and space to his will.