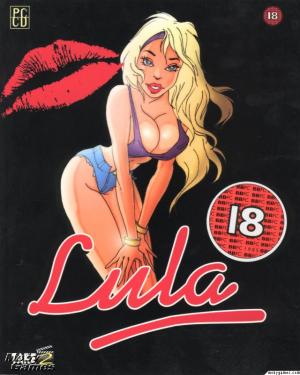 After holding a bank and shooting guards, your two criminal buddies abandon you out in the middle of the desert, taking all the loot with them. This is where you start the game: In a quiet desert town, almost broke, and with the FBI on your heels. You meet up with Lula, an aspiring 'actress', and together decide to make your ways to the top. In the first part of the game you're in the small town, making enough money in a few days to buy a new identity, and evade the advancing FBI net, by taking photos and films of Lula in the nearby hotel. Once you get enough money, you decide to go into proper business for yourselves. The second part consists of you setting up a movie-making business, hiring and firing staff, generating film 'plots', setting up cutting and editing facilities, and haggling for the best distribution deals until you are able to be a distributor yourself. Build up money here and we advance to the final section of the game. Having made it in the movie-business, you now set up sex stores across the country, dealing more in resource-management and advertising until you're able to generate enough money to launch the Lula television satellite into orbit - the final aim of the game.