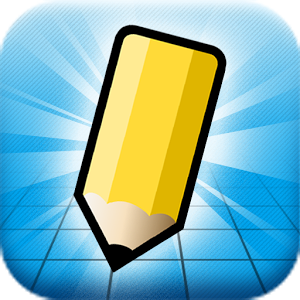 Draw Something is a mobile app developed by OMGPop. It won a Flurry App Spotlight Award in 2012.[1] In the first five weeks after its launching, the game was downloaded 20 million times.[2] In March 2012, both Draw Something and OMGPop were bought by the gaming company Zynga for $180 million.[3] The game is available in a free version, which shows interstitial advertisements between games; a standard version which has no advertisements between games, but allows the player to obtain bombs in exchange for watching advertisements, and a more expensive Pro version for the iPad which offers unlimited bombs. On April 25, 2013, Draw Something 2 was released for iO