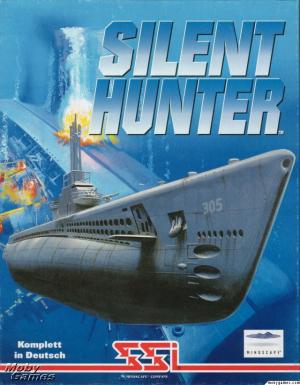 Silent Hunter is a World War II U.S. Fleet Submarine Combat Simulator. As a commander of a U.S. submarine in the Pacific Theatre, from Pearl Harbor to the end of the war, you have a variety of submarines from which to choose and your task is simple, sink as much enemy tonnage as possible. One can play historical missions, hypothetical encounters or the career based campaign game. There are 9 patrol zones,from the Solomons to the Sea of Japan, and many coastal cities, ports and harbors to sneak into on either recon missions or to just sink ships tied up in port. As commander you may receive medals or commendations after especially successful or hazardous missions. Compare your tonnage and kill scores to those of actual commanders of the period and see if you can match up to the best.