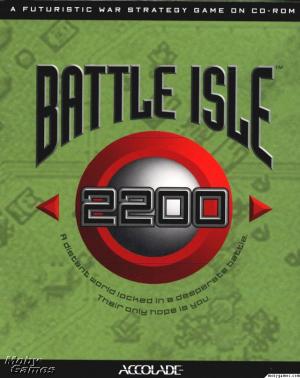 Battle Isle 2200 is the second title in Blue Byte's Battle Isle series. After a long space flight, the player arrives on the planet of Chromos and must save the planet's civilization from the Titan-net Empire. Titan-net, the computer overfiend of part one, and its allies have begun a devastating final campaign against all Drullian forces. The player commands the forces with the computer "military operations console", nicknamed MilOp. Set in a futuristic world, players fight in turn-based scenarios against the computer army of Titan Net. The battlefield is organized in hex fields. Each time a battle takes place, a 3D polygon animation sequence is started and shows the results of the battle.