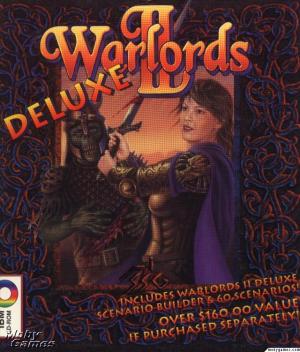 Warlords II Deluxe is an eight player game of conquest and empire. Different worlds are provided as a stage for your ambitions, and as a test of your capabilities. In the quest for final victory, you will assemble vast armies, conquer and loot mighty cities, undertake perilous quests, make and break alliances and wield magical artifacts of great power. Warlords II Deluxe is a sequel to the best selling Warlords II and boasts a wide range of additions and improvements. As well as the game itself, Warlords II Deluxe contains an improved version of the Warlords II Scenario Builder and a number of new scenarios.