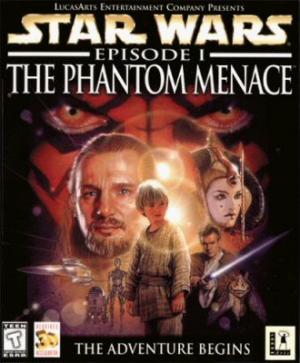 The plot closely follows that of the film, although it expands on some minor events that could have been silenced or cut from the film, or shows them from a different character's point of view. For example, it follows Amidala's 'adventures' on Coruscant during Anakin Skywalker's interview in the Jedi Temple, something that is never shown or mentioned in the movie. There are also some apparent inconsistencies or contradictions to the storyline, in order to generate a new narrative. These include, unlike the movie, Jar Jar Binks being imprisoned on his return to Otoh Gunga and the player has to rescue him to continue the adventure.