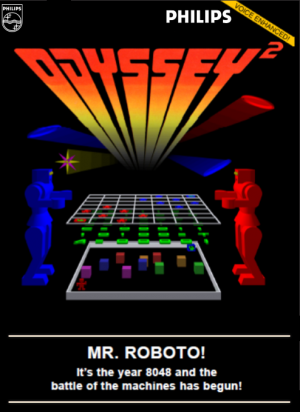 Prototype It´s the year 8048 and mankind has been anhialated. The computers and machines that were built to help man have become smart enough to rule over – and eventually destroy – all civilization. Now, the once united machines have fractured, and the machines have begun to battle with each other. Two factions remain. Each side has a CPU master and 6 robot warrior servants. The CPUs can´t move, so the robots are sent out to do the dirty work. The goal: shutdown the opposing side´s CPU. Many obstacles are in place to prevent this: the other robots, energy surges, firewalls, viruses, and the CPU´s own laser defenses.